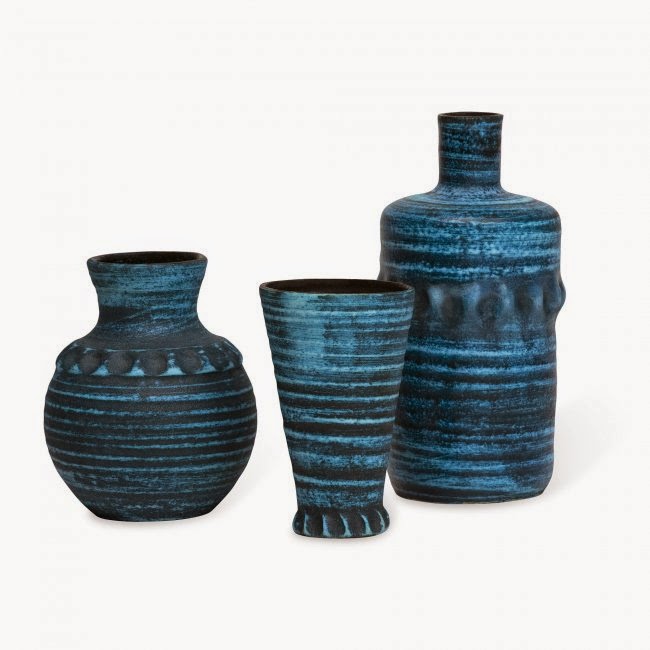 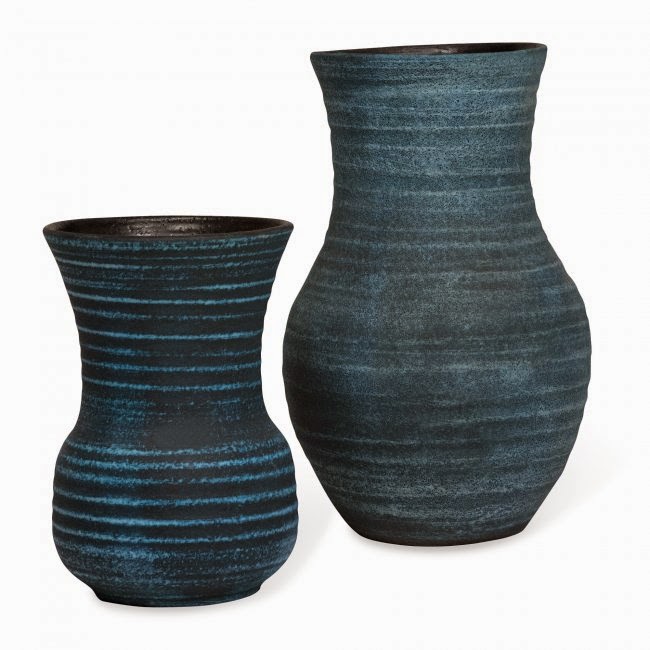 These matte finish variegated blue ceramic vessels were made by Accolay, a french pottery company that was in existence from 1945-1989. All 5 pieces are in the "Gaulois" style from the 1950s and range in size from 6" to 15".
Accolay Pottery was started in the small village of Accolay, France in 1945 by four friends, André Boutaud, Slavic Paley, Louis Dangon and Raude. They were making ceramic buttons, mostly for themselves, when they were approached by fashion designer Christian Dior who gave them an order for 300 pieces.  After Dior's collection was featured in magazines they received additional orders and with this success launched their business. On October 26, 1945 they set up their first shop in an abandoned factory in Accolay. Over the next few years their product offering and business quickly grew. 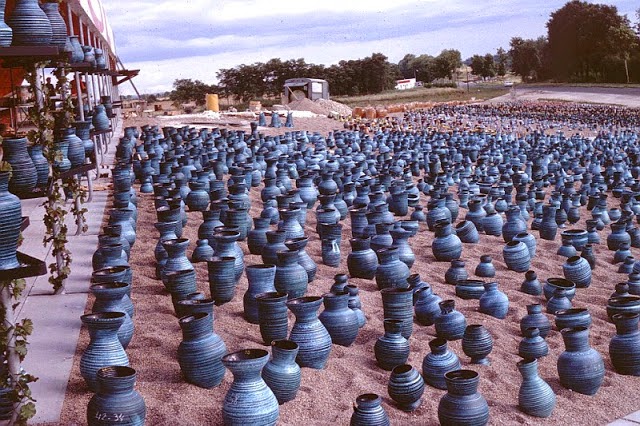 Accolay sold many pieces from service stations along RN6 and RN7, both major roadways to the South of France. In 1958 they built a large store alongside a Caltex service station on RN6 just outside of Vermenton, which would become a roadside institution for years to come.