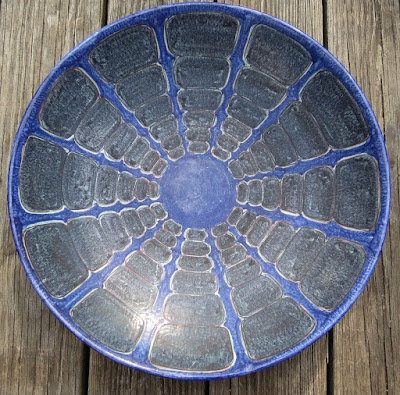 A spectacular and very large bowl by Marianne Starck for Michael Andersen & Sons of Bornholm Denmark circa 1960. just under 16 inches in diameter.

Marianne Starck was one of the top Ceramicists who contributed to the success of Michael Andersen & Sons Pottery. She started with the Factory as Artistic Director in 1955 and remained until its closure in 1993