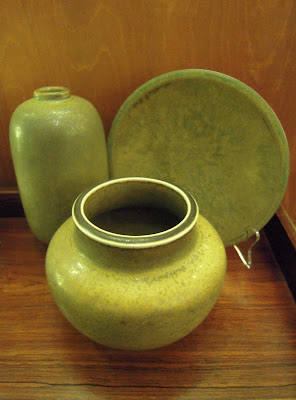 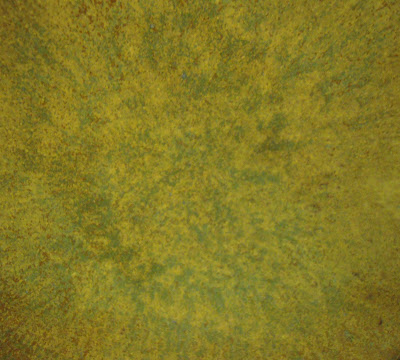 2 vases by Nils Thorsson for Royal Copenhagen, c.1937, the same year he showed at the World's Fair in Paris (also known as The Expo. Internationale des Arts et des Techniquesdans la vie Moderne, Paris 1937). This multi-dimensional glaze is called Solfatara, a term that references sulphur formed at the opening of a volcano.
UPDATE: The 3rd item is not actually Nils, but is also Danish and by L Hjorth, a small studio where they produced their own high quality works, perhaps influenced by the glazes of the above mentioned Thorsson.
Posted by The End of History at 12:23 PM