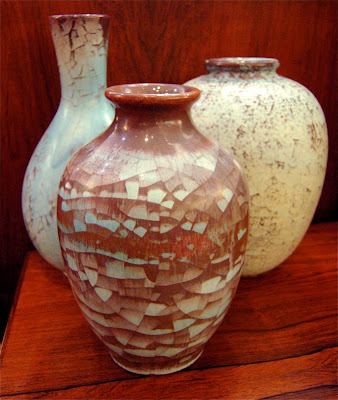 It's Christmas Eve and I must admit I've been waiting all year to share these extraordinary works. Produced by Michael Andersen & Sons around 1940, the design is referred to as a "Transmutation" Glaze and reminds me of the" Jack Frost" that occurs on windows during cold Winter days such as these. So innovative a technique, especially for the time period in which they were made, that the family owned studio won international attention and acclaim.
Posted by The End of History at 12:01 AM