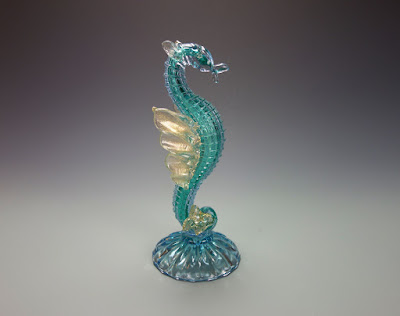 In Greek mythology Poseidon (Neptune in Roman) was the God of the sea and horses, brother to Zeus and father to Theseus. Poseidon's great chariot was pulled through the surf by seahorses. 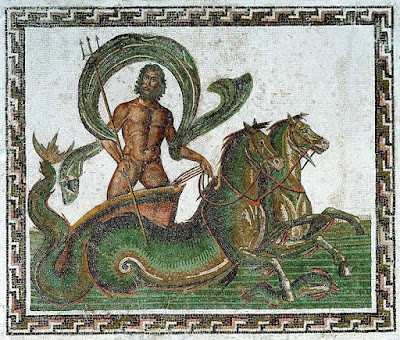 As a maritime superpower from the early Middle Ages to Napoleon's conquest in 1797, the Most Serene Republic of Venice (Italian: Serenissima Repubblica di Venezia) adopted the Hippocampus as one of it's symbols, Venice itself was founded by Romans fleeing the Goths in the early 5th Century as a place of refuge in the isolated marshes of the lagoon. Venice even has an exact date of creation, according to tradition, the city state formally came into existence at the stroke of noon on March 25th, 421 A.D. 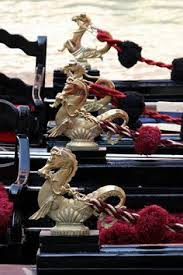 Our fine and rare example is by the great master Alfredo Barbini, it dates to the early 1950s and is 10.5 inches tall.