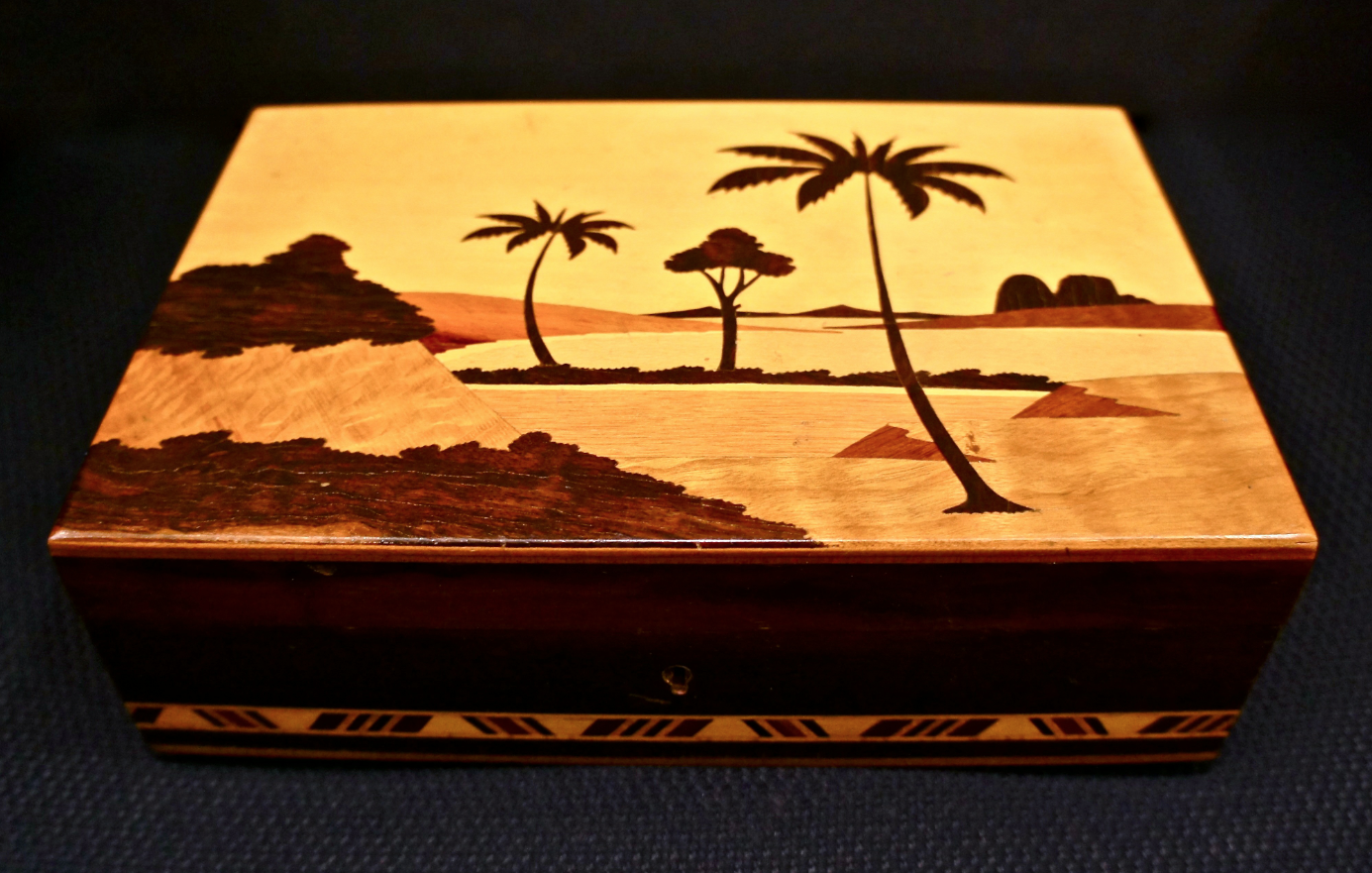 A desirable collectable from Brazil is exemplified above. Boxes crafted with inlaid veneer, also known as Marquetry, became popular in the early part of the 20th century to the many Americans and European tourists flocking to the exotic locale of Rio de Janeiro. The artisanal tradition continues today, but our example is from the 40s.
9.5" x 7" x 3"
Posted by The End of History at 12:00 AM